Uxbridge Road is a road that runs through Shephard’s Bush. It is also directly opposite Shephard’s Bush Green making it a London gem with access to a public park where you can exercise or sit for a coffee and people watch. Cosmopolitan, edgy and vibrant are just a few of the words to describe Shepherd’s Bush.

For a start, it is a cultural hotspot with Bush Hall and Bush Theatre around the corner, both are home to award winning works and writing. It is also a shopper’s haven with the famous Westfield Shopping Centre as well as the old street market selling fresh fruit and vegetables as well as vintage finds.

You can find bites from around the world with shops and restaurants ranging from Syrian, Polish, Caribbean and Somali cuisine. An extra bonus is that all these places are reasonably priced. Shepherd’s Bush is a living embodiment of London as a melting pot of different cultures and nationalities living side by side in the city. The beauty of this area lies in its authentic and gritty London edge, which makes it one of the most interesting neighbourhoods in London.

Another benefit are the incredible travel connection. Shepherd’s Bush Underground Station (which is only a 4 minute walk away) is on the central line which can take you to Oxford Street and other central locations as well as popular East London spots. There are also a number of buses and the Overground meaning there is easy access to wherever you want to go and visit. Heathrow Airport is also under an hour away by public transport making it an ideal destination for visitors.

Football fans will also rejoice in the fact that Shepherd’s Bush is a stone’s throw from Loftus Park. This is where the London club the Queen’s Park Ranger’s play a home game so you can go to a nearby pub or get a ticket to the game. One thing is for certain, if you stay in this area you will never be bored.

Few words from our guests

The concept apt is a perfect description, it has everything what a traveler needs, cozy bed, kitchenette for a quick brekkie or dinner. Easy to find and easy to handle. Very close to public transportation and shops, but still in a quiet street. I’ll definitely stay there for the next time.

It was a modern, clean apartment with a comfortable bed. The kitchen was well equipped and the bathroom was spacious with a great shower. The apartment is located near many buses, underground and train links which means travelling around London is made much easier.

Such a great little apartment, perfect for two people and such a great location to food, shops and the Bayswater tube station. I really appreciated the great customer service. We needed a room with minimal stairs, and because we’d been sent an email previously, we knew what floor we’d be on and we were able to get a lower floor, which certainly helped us get around. The instructions provided to us were easy to understand and we had no difficulties accessing our apartment.

This apartment is perfect for a short or long term stay. The photographs are a true likeness, while the apartment is clean and warm. It is located close to transport and particularly the central tube line. There are many cafes and restaurants nearby.

Take a look at our other properties 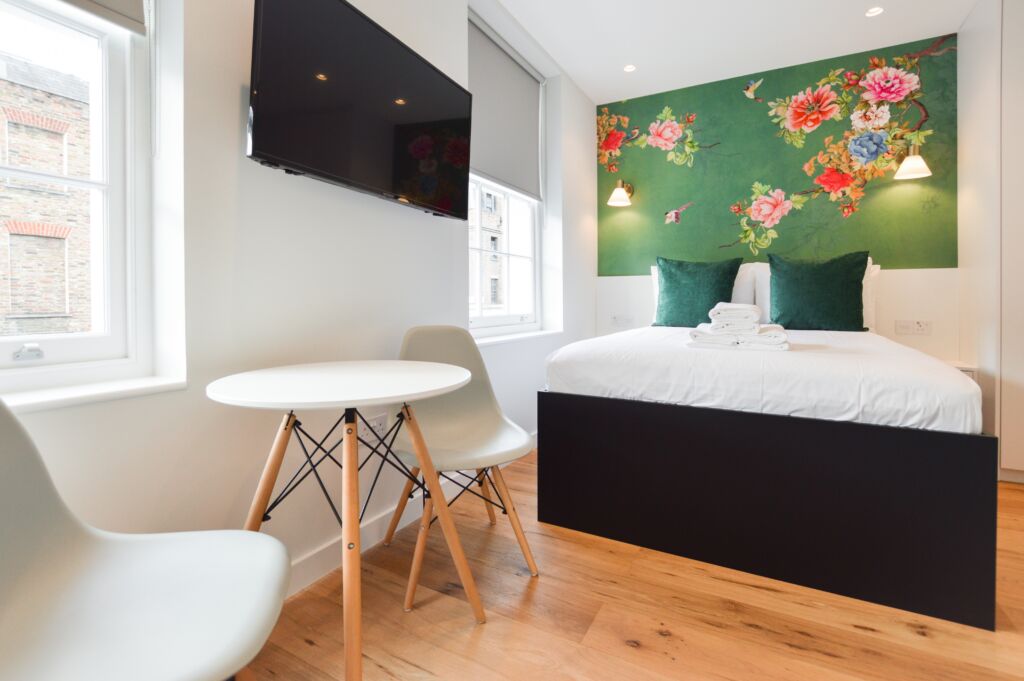 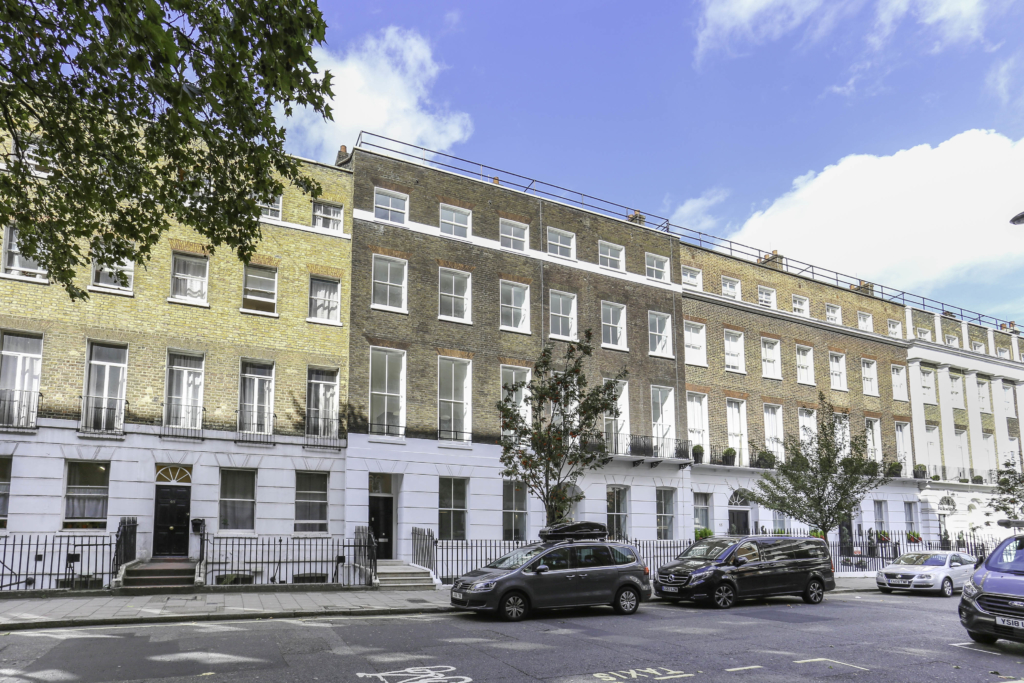 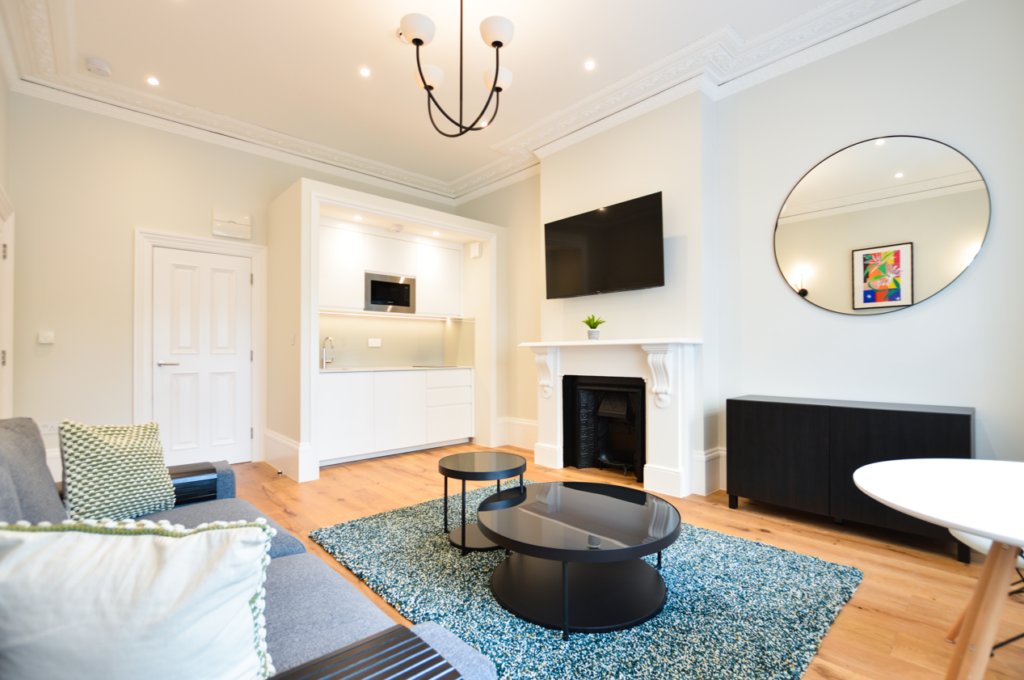